A declaration of love to my ballpoint pen 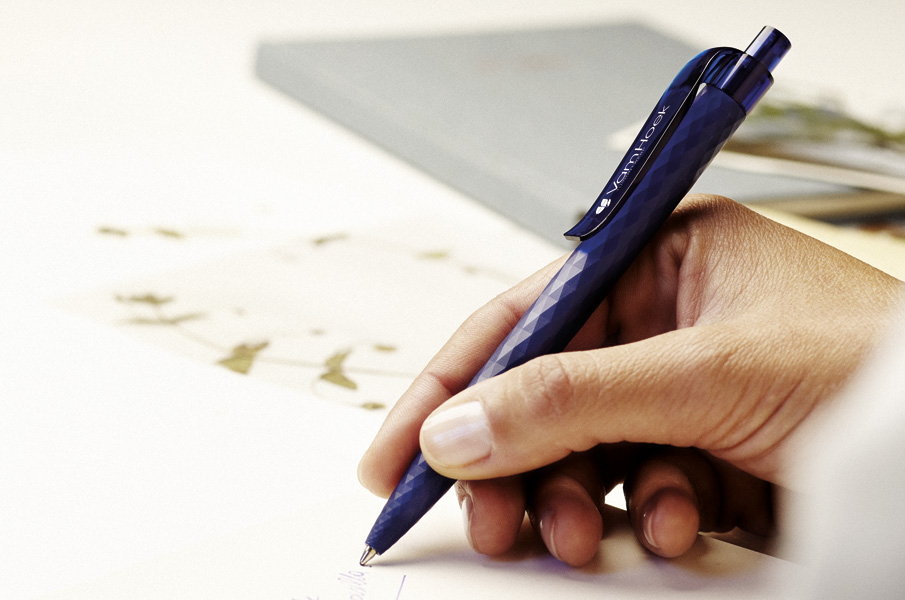 Whenever I’m passing the time at one of those dismal conferences with our secret scribbles, I notice just how important you actually are to me. It’s high time that I write you a couple of lines as I take you for granted far too often.

You’ve made it possible for everyone to write, freeing us from the elitist staleness of the fountain pen. You’re humble and likeable, and not interested in status or recognition. You couldn’t care less if I was rich or poor. And you’re not a snob, as you have no problem being passed from hand to hand. You don’t want to be owned, you are just there. You’ve created a global system, free and unselfish – you are everywhere we are. You’ve even been into space with us.

The statisticians say that every European has 13 of your kin on their desk or dining room tables, or tucked away in drawers. I counted my 23 carefully after I decided to conduct a roll call.

In this very moment, billions of your fellow pens are ensuring that children can learn to write, while adults jot down shopping lists and sign hedge fund contracts. Though it would hardly be fair to hold you accountable for everything that people do with you.

You have truly changed the world, my dear. It’s hard to imagine what the modern world would be like if László Biró hadn’t registered the patent for you in 1938. A short time later, your inventor had to flee from the Nazis, and you were almost forgotten in a pile of documents in the Hungarian patent office. But in 1943, Biró renewed your patent while exiled in Argentina. And that’s how it all started. The first major order in your history went to the British military who fought against the same ballpoint pen-less foes who drove your inventor out of Hungary a couple of years previously. In this way, you helped deliver some justice. By the way, he, your resourceful inventor, went on to transfer the principle of the ballpoint pen over into the deodorant roller.

So often you can be alluringly beautiful like the silky blue ballpoint in front of me. But it’s your inner beauty that shines through. When you glide softly
and effortlessly over the page, no scratching disturbing the flow of words, no sound interrupting your elegant strokes, and no blotches left in your wake, I almost don’t care about your appearance. Your beauty comes from within.

Sometimes I betray you, ignoring you lying there on my desk as I stare into a screen. I do so with a guilty conscience and a sense of longing, as your deep blue lines are always a brief escape for me, and not just during conferences.

It is partly your own fault that people often treat you so carelessly: If one of your kin isn’t to hand, we can always find someone with a biro to lend us.
Often one that someone sometime somewhere simply claimed as their own. In my experience, hotels and colleagues’ desks are particularly happy hunting grounds in this respect.

And because I want to keep you, my silky blue beauty, for myself and only for myself, I left some subtle tooth marks on you. I know they don’t do much for your looks, but they put my personal stamp on you – a method that works, at least usually.

PS: This handwritten letter was intended to have been printed in original form, but nobody would have been able to read my handwriting. You can’t do anything about that. You’re unpretentious – you don’t care how people write. Yet another reason why you’re so wonderful.