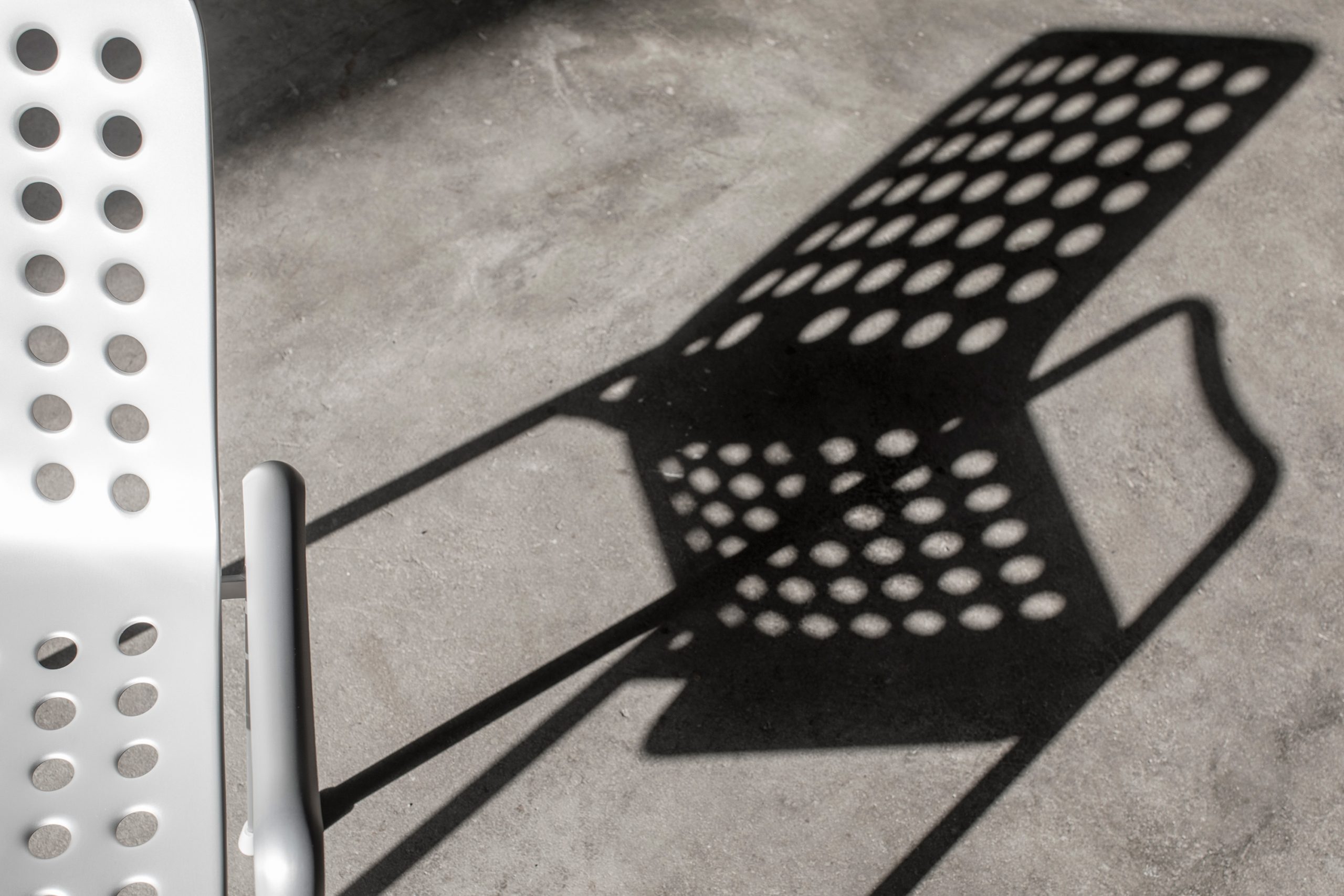 Landi Chair: that other Swiss icon with holes

It’s a Swiss icon. It’s full of holes. Can you guess what it is? No, it’s not Emmentaler, but that other hol(e)y icon elevated to the heights of Swiss legend: the Landi Chair.

But unlike the cheese, the chair has aged perfectly without any particular soundtrack. Thanks to its modernist design and easy mobility it feels just as fresh and relevant as ever.

The story behind (or through) the holes

Lightweight, stackable and durable, the Landi Chair was a revolution that swept away a long traditional of stolid furniture manufacturing, starting with the materials. At the time, aluminium was little used in furniture design, but for Switzerland, inventors of aluminium foil (just think of your Toblerone, wrapped in foil since 1911), this endlessly recyclable and reusable material was a natural choice.

The shell-shaped design, which would later be copied again and again (including by chair design legends Charles and Ray Eames) was a world-first. And in a country of temperature extremes from Alpine heights to temperate lakesides, it did what few other chairs could do at the time: survive beautifully outside, especially thanks to those 91 holes. In artistic terms, the chair’s holes reference Switzerland’s tradition of metal punching and industrial processes. In design terms, however, the holes function perfectly stop water from pooling in the seat, while making it lighter and easily mobile.

Interestingly, the chair was designed not by a professional designer, but a professorial linguist: Hans Coray, Ph.D was a teacher of Romance languages at the University of Zurich. Encouraged by Hans Fischli, a Swiss designer who had studied at Bauhaus, Coray dabbled in art and design throughout the 1930s, but the 1938 Landi was his first chair design.

Swiss from the start

When the Landi Chair debuted at the Swiss National Exhibition of 1939 (the Schweizer Landesausstellung, from which it playfully derived its name) it became a sensation. With dark clouds building in the German-speaking political landscape at the time, it became a symbol of Switzerland’s independence, its industrial tradition and positive artistic modernism.

It’s not what’s there, it’s what isn’t

The Landi has succeeded as few other design objects have: it’s become a designer’s design. A chair designer’s chair. As Swiss designer Rolf Fehlbaum tells it, Charles and Ray Eames, makers of the Eames Chair, had Landi chairs of their very own: unlike their own designs, the Landi Chair was perfect for using in their garden.

With the revolutionary hole-filled design for his Landi Chair, Hans Corey proved that sometimes what’s not there is as important as what is.