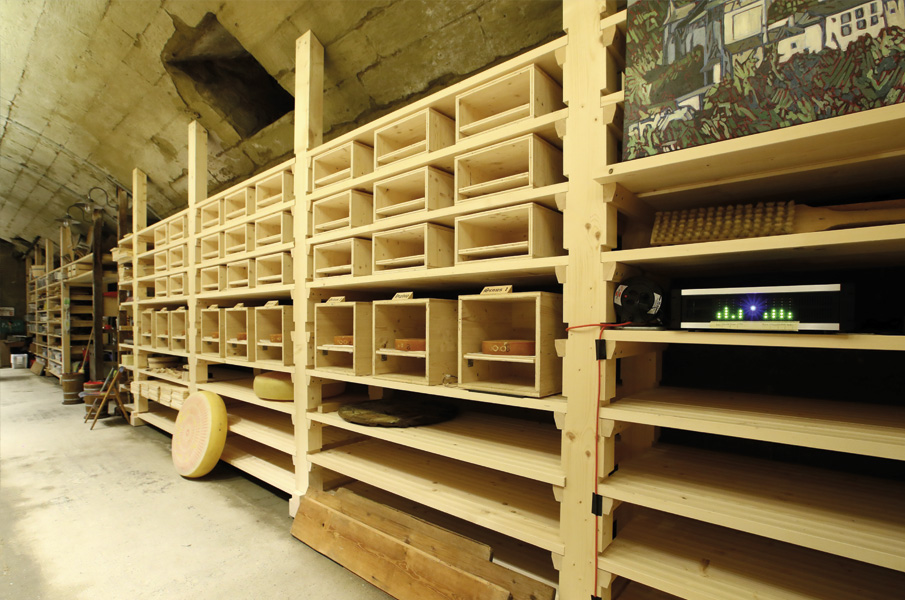 Cheesemakers have known since forever that temperature, humidity, environment and bacteria act together to transform a few types of milk into the world’s vast variety of cheese. But what about sound? The sound of music?

Earlier this year, a collaboration between the Bern University of the Arts (Hochschule der Künste Bern – HKB) and cheesemaker Käsehaus K3 conducted an experiment to find out if Emmentaler cheese aged differently when pumped with a continuous loop of different types of music for six months. And what they found surprised them – and the world.

The results have put a hole – so to speak – in many theories tying taste in wine and food to terroir. Because the music that created the best Swiss Cheese wasn’t the büchel or the alphorn or the schwyzerörgeli. And, unbelievably, it wasn’t even the hackbrett, or the talerschwingen or even a popular landler tune.

In not one but two consecutive tastings, the panel of judges agreed that the music that produced the best tasting cheese was: American Hip Hop. The winning tune was the 1991 track Jazz (We’ve Got) by A Tribe Called Quest, and it beat out Mozart, Led Zeppelin and others to take the prize.

While die-hard fans of Switzerland and traditional music lovers might be perplexed by the unlikely pairing of their beloved Emmentaler with (admittedly aged) American hip hop, they shouldn’t worry too much. In fact, none of the above traditional Swiss musical styles was even included in the experiement’s eclectic playlist, with the only Swiss entry being the 1997 ambient track Monolith from Swiss band Yello.

In other words, as experimenters claim, there’s still a whole new world of sonic aging just waiting to be discovered. And whatever the judges say, at Open we’re looking forward to the day we can taste an Emmentaler AOP aged on some stunning, home-grown a cappella yodelling.