Off the Grid: Swiss Design in a country with no right angles 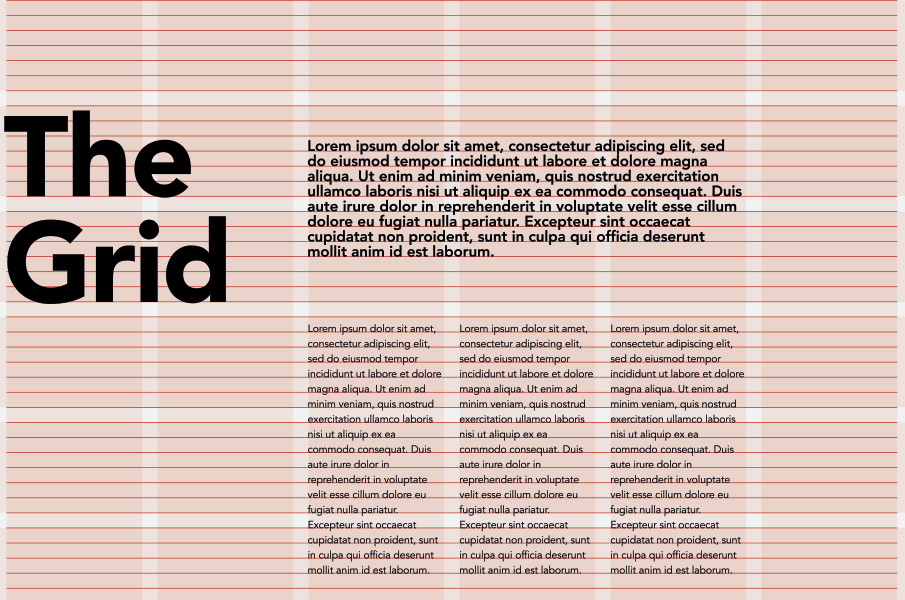 Search for Rapperswil, Switzerland in Google Earth and you’ll find a grey blob of a city sitting on a sprawling web of roads on an irregular patchwork of green valleys clinging to the shores of the lumpy blue banana that is Lake Zurich.

And not a single right angle in sight.

Yet it was this town that gave birth to legendary designer Josef Müller Brockmann, who would go on to make Swiss Design synonymous with International Style by popularizing perhaps the most influential tool in modern design history: the Grid.

Brockmann didn’t invent the grid, of course. Chinese streets were laid out on grids as far back as 1500 B.C. The Indians played chess. The medieval Dutch invented the waffle iron. But walking, playing and eating on grids in no way prepared the world for Brockmann’s quadratic revolution. Because Brockman applied the grid to communication.

The Design Grid is an orderly set of regularly spaced lines that help dictate the arrangement of text and image on a page layout. Posters were Brockmann’s specialty, and in his works typographical elements seem to sit in perfect mathematical relationship to each other. Even in the absence of any lines at all, you feel the Grid giving shape and structure, guiding and constraining.

But it’s that last word that might raise the most eyebrows today: constraining. In a world where no two people are alike, a world in which social media gives us each a megaphone to blast our individuality across the internet, a world prefixed with singular personal pronouns, from iPhones to MySpace (and #MyProdir!) is there still a place for this element of constraint?

Because just as jutting peaks and snaking valleys define Swiss topography, the world of ideas inside each of our heads is formless, chaotic and wild. To communicate these ideas, to share them with others, we need to channel them, give them line and structure and form. It’s the only way to make yourself understood.

Brockmann was the first to admit he could push his own love of order to the point of being boring. But he also knew that though you couldn’t flatten a mountain, or straighten a stream, or smooth out the lumpy banana of a lake he worked on all his life, people can apply order and rule to the world of their relationships and communication. To live better together.

In a country defined by sinuous curves and hairpin turns, it’s still the Grid, for clear, uncompromised communication, that’s the most Swiss shape of all.