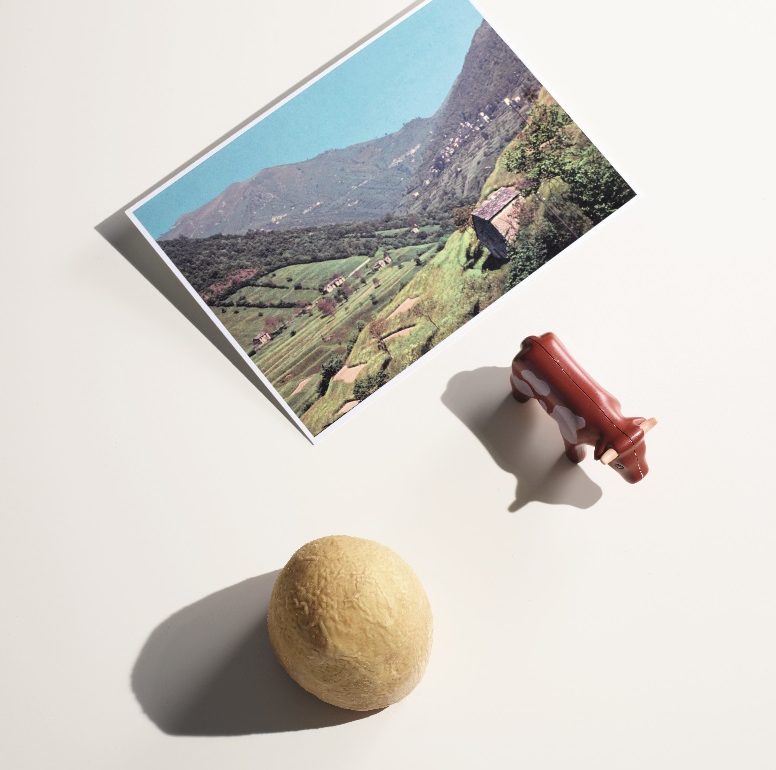 The area was even once voted the Swiss countryside of the year. Which brought with it a bit of notoriety – but only for a short period of time. As always, when it comes to the Valle di Muggio, some might say. Yet, the valley is the undisputed insider tip among Ticino’s mountain valleys, hidden away in Ticino’s southernmost corner, largely intact, very beautiful indeed. And with a very flavour-intensive cheese that is as authentic as the valley itself.

Those seeking luxury here are in for a disappointment. This is where nature is still animate, the wild side of Ticino, as if it came right out of a story by Hesse: Ticino of the majestic mountains, of dense forests, expansive pastures, sunny groves and gentle slopes, dotted with rustic villages, nestled like swallow’s nests. People flock here to hike or to cycle on the narrow streets and mountain paths, and to view the mills along the Breggia river, and of course to visit the “nevere”, the natural stone “refrigerators” on the slopes of Monte Generoso, in which the inhabitants could store their milk and cheese in a cool place during the summer months.

Gourmets, however, come here to taste the famous Zincarlin de la Val da Mücc. Up until the middle of the last century, the cheese’s production was an important part of the valley economy. But when many of the inhabitants migrated in the 1950s to Mendrisio and Chiasso, the age-old tradition of manufacturing Zincarlin was almost lost. The remaining cheese makers switched their efforts to the less difficult production of curd cheeses, the formaggini. When at all, Zincarlin was produced for one’s personal use and thereby almost faded into oblivion. Until, in 2004, the Slow Food Foundation discovered the cheese for its Ark of Taste and breathed life back into its manufacture together with local dairies and small regional dairy farmers.

Zincarlin de la Val da Mücc is primarily made from raw cow’s milk, which makes its production somewhat demanding. During the season, the cow’s milk is enhanced with goat’s milk. The curdled milk is allowed to drip off for 24 hours; after an additional 24 hours it is pressed, seasoned with salt and pepper and then formed by hand. This provides it with its typical form, similar to a cup turned upside down. The maturation in the cool natural cellar at the foot of Monte Generoso lasts around two months. During this time, the cheese is sprinkled daily with white wine.

The result is a full-bodied delicacy with a gray-reddish rind and intensive flavour. When eaten with a bit of honey, its subtle pepper note is particularly enhanced. The cheese also tastes heavenly with a few drops of red wine vinegar and olive oil. However, it really shines with risotto or polenta, the earthy dishes at the heart of Ticinese cooking, best enjoyed with a good glass of Merlot in the grottos of Muggio Valley.