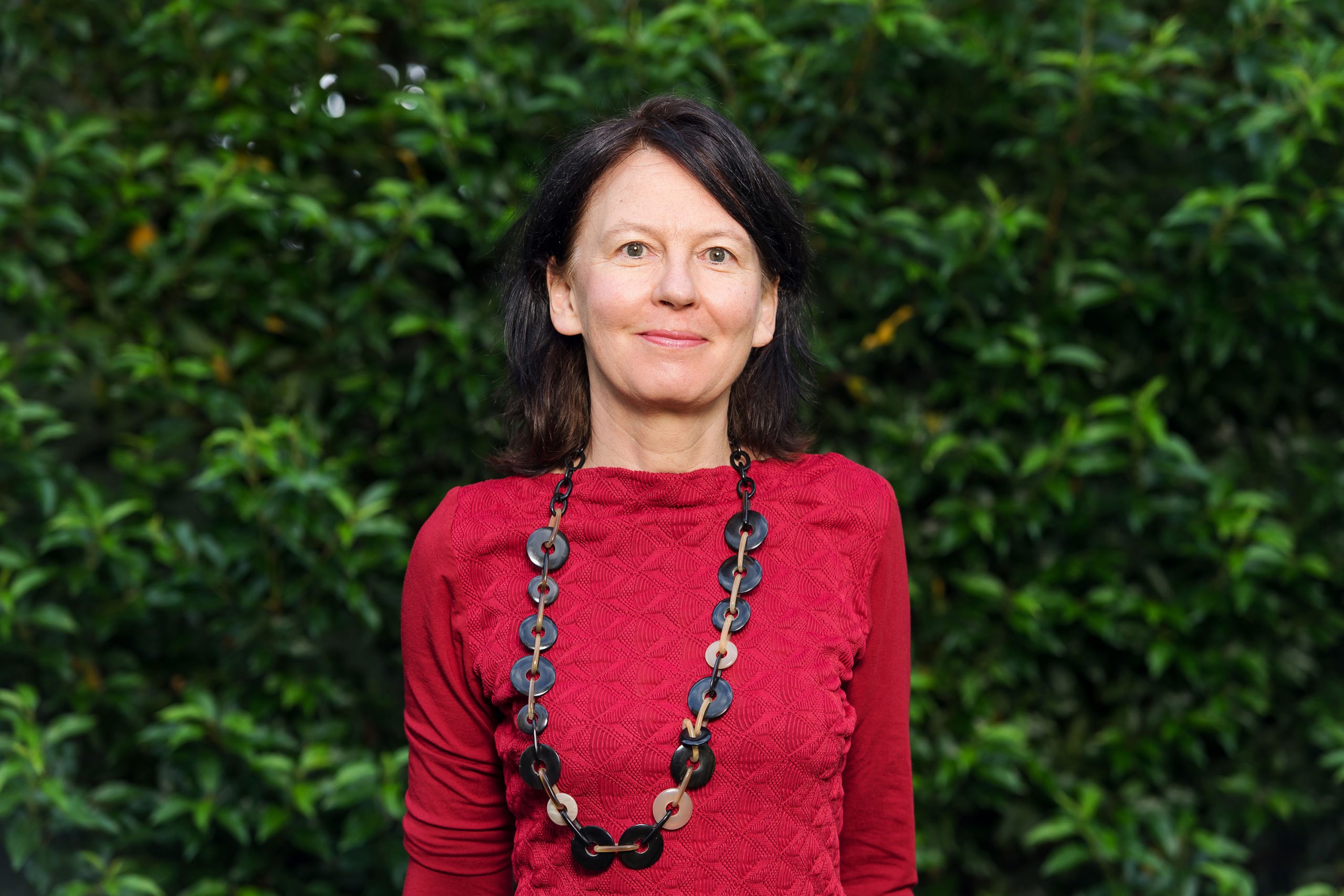 After sustainability, Ms. Frick, what’s next?

Sustainability is becoming an over-used term: We use it without really considering the implications of what is being lost, like the polar ice caps , melting under the hot climate-change-fuelled sun. Sustainability calls for a cool head, an open mind, patience and tenacity, because sustainability is tough. Which begs the question: What’s it all for?

Survival is good, but what about everything else? If we really do manage one day to handle our resources in such a way that we are using rather than simply consuming them, what will the world look like? Or, to put it another way, will the effort be worth it? We put these questions to Karin Frick, Head of Think Tank at the Gottlieb Duttweiler Institute in Switzerland. Her answers are surprising and offer a highly promising perspective. And if it doesn’t work out, she says with a laugh, at least we tried.

OPEN: After sustainability, Ms. Frick, what’s next?
KARIN FRICK: Ideally, we’ll have a system where we live off solar energy, without burning any fossil fuels. There’d be an inexhaustible supply, the resource scarcity that defines everything we do at the moment would be a distant memory, and we’d be free to do other things. We’d live in a state of surplus, robots would do everything, would make enough of everything and do so cheaply, there’d be 3D printers that were also recycling machines, and if you didn’t need something any more, such as a broken biro, it’d first be taken apart and then freshly reprinted, or rather manufactured, straight from the recycled waste. We’d have enough nature, we’d devote large swathes of land to permaculture, which would need less pesticides, because everything would be optimized mechanically, there’d be weeding robots, for instance, to deal with the weeds.

What would all that mean for people’s lives?
Let’s assume that solving the energy problem would also solve the social problem, because then we’d have a surplus of a fair society, so to speak. Of course, the question would remain as to how you live in a world where you can do everything and don’t need to work anymore because the machines do everything for you. How does one live in paradise? Probably in quite a chilled-out fashion. It certainly wouldn’t be worth hoarding things any more. As you know, we’ve already reached that stage as far as information is concerned. After all, we have no desire to “own” a Wikipedia page – it’s just there, and we use it. At most, you could say “I want to take everything away from everyone else,” but, assuming you don’t have this evil intent, the question arises as to why anyone would still want to own things at all, given that there would be more than enough of them freely available. If sharing were no longer a problem because there was enough of everything, there’d be a shift, a new state, in which we’d be able to focus almost exclusively on ourselves. It still begs the question: What would you actually do if you could do everything but didn’t have to do anything?

What do you think?
We’ve often discussed these issues. When you try to come up with scenarios for this, the “All shall be well” one is the hardest to do. Hell, the Fall, all of that is really easy to represent. But if you look at paintings of Heaven, it’s all a bit boring somehow. And if you follow the media, you’ll know that bad news gets more attention than good news. I think we find it hard to visualize what paradise must be like. We might want to go there – sea, sun loungers, palm trees – but after two weeks? Imagine you never had to go back to work and there wasn’t much else to occupy your time either. I’d say that is an extremely difficult scenario!

But at least it would unlock new freedoms and latitudes.
True, but we’d have to come up with tasks to give ourselves. One scenario, for ex[1]ample, might be that society grows apart, because some people were focused single-mindedly on using all the resources and opportunities for themselves. People like that will get cleverer and cleverer and learn everything that is to be learned. In other words, they’d set themselves goals: I want to know more! I want to get better in everything I do, regardless of what it is! Then there might be others who will let themselves go, who get lazy, who make use of everything that’s available but don’t set themselves any work to do. And when the human body is the oldest thing around, something that hasn’t been perfected by technology, then people will get ill someday. If I were to ask what makes people happy, that would certainly be an area of work where the others could get involved: You might theoretically even be happy about those who aren’t able to manage in this state of prosperity, because this would at least mean that the others could occupy themselves by educating or looking after them.

Or you take the dog out for a walk.
The question is simple: what tasks do I set myself? Paradoxical scenarios, however, where you are flung back into the old world, are also interesting to ponder. The problem remains: We automate everything, but what do we do with our time? Gardening – the very thing we freed ourselves from previously! We’ve got machines that do all the work, and in the end we have so much free time that we’re more or less back living like our grandparents. This was the life I escaped from, however, and now my life is set to revolve once again around growing my own vegetables? I could also do something else for a living, if I wanted, but what kind of work makes me happy? In the end, we start baking bread again, not because it’s cheaper but because we’re looking for something to do that gives us purpose. We’d go back to things and activities that we’d spent generations freeing ourselves from. It used to be the case that, if you had cows in the stable, you didn’t question the meaning of life.

So there would no longer be any consumption as we currently understand it?
In the world of the future that we’re sketching out here, producing things will probably bring more satisfaction than consuming them. And even if we do remain a little bit addicted to status, it would probably be more so skills that defined your status. My garden is nicer than my sister’s, or there’s something I’m particularly good at, be it music, math, yoga, whatever. So we’d have a society of artists and creative types. Incidentally, it also reminds me of a book – Infinite Games, by James Carse. Do you know it?

I’m afraid not, sorry.
It’s about precisely this question, how can I inject some purpose into my life. So many things are about winning, even if it’s actually more about always keeping the game going – because everyone is happy then. Life isn’t a game of soccer, so to speak, and, when you’re in a relationship, it’s not about “winning” the man or the woman. It’s about what kind of game we’re playing. Specifically, one where the aim isn’t to have one person win and be happy and the others lose and be unhappy. Rather, it’s one that a lot of people are playing and a lot of people are winning at, because it’s always going on and, most importantly, because it stays exciting and inspiring.

Thank you for our conversation, Ms. Frick.

➝ OPEN PEOPLE
Karin Frick is Head of Think Tank at the renowned GDI trend research institute based in Rüschlikon near Zurich. This text is an extract from a longer conversation from the beginning of June 2021.