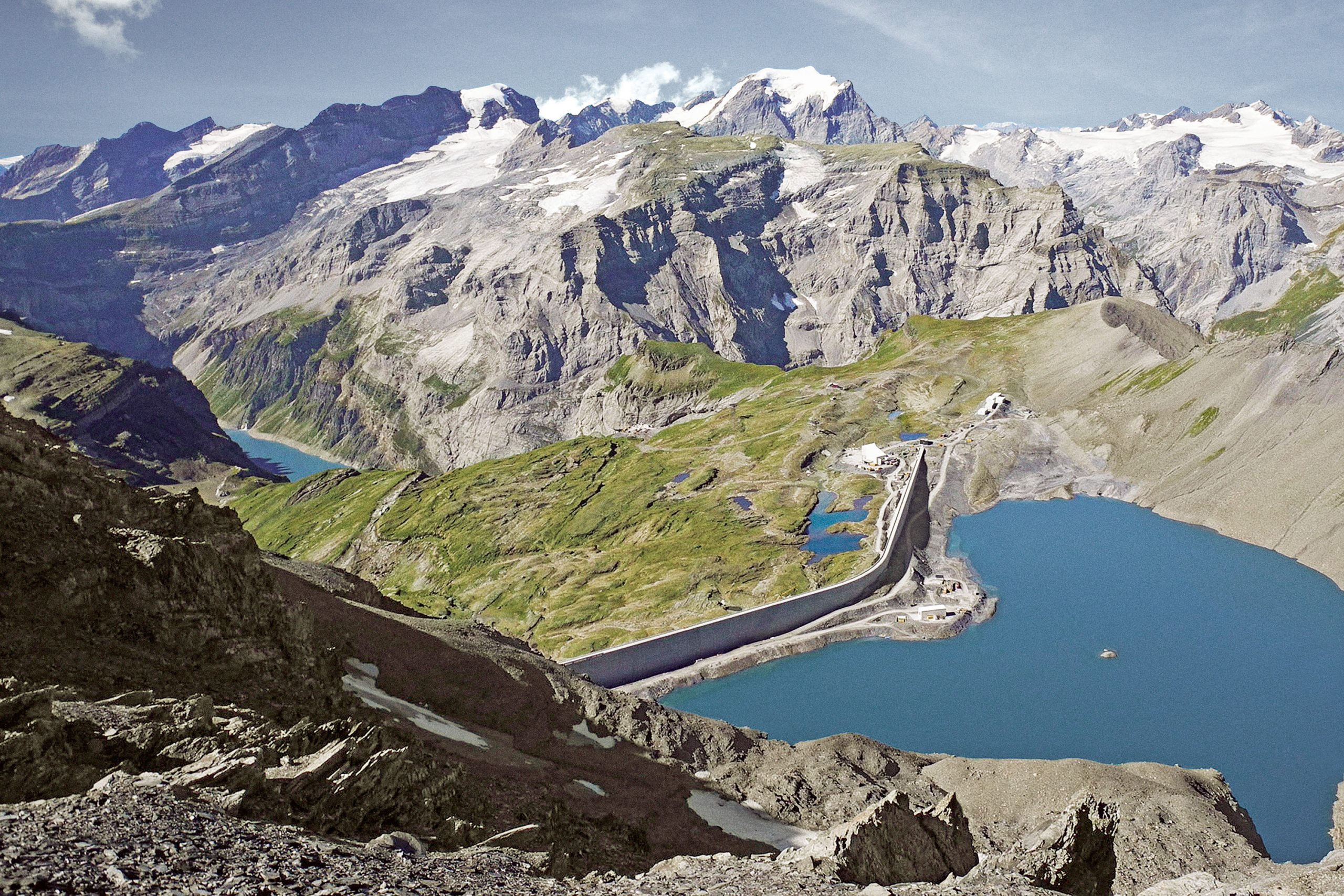 Imagine hydropower and you probably imagine water running downstream. You get one chance to generate power as it flows through your turbines, and then the water is gone. But what if you could make the water flow back upstream and do it again?

That’s the idea behind Switzerland’s impressive Linthal Power Station. As a pumped storage hydropower plant, it generates energy by letting water flow between two lakes – Lake Mutt and Lake Limmern – which sit at over 600m difference in altitude. And then the plant pumps the water back up again. Pumping does require energy, of course, but 80% of the energy generated from downward flowing turbining goes out into the grid to power Swiss homes and businesses.

Built in 2015, Linthal uses variable-speed hydro generators, meaning station operators have sophisticated control over the speed of the water flow. This lets them work the station like a DJ turntable pumping up the volume and tweaking the sound. Operators can constantly adjust power generation to compensate for gaps or surpluses in power generation from other clean energy sources on the grid.

This is what makes Linthal part of an energy resilience strategy, not just for Switzerland, but for Europe as well. Unlike other forms of clean energy, pumped storage plants aren’t affected by natural fluctuations like cloudy skies, windless days or river flow, so they can compensate for regular dips in production. But interestingly, they can also take on excess production from those sources as well, storing it for later use. For this reason, Switzerland’s pumped storage plants have been proposed as a sort of “battery of Europe”.

A natural resource-reliant battery that’s not, fortunately, threatened by climate change. Though Swiss glaciers, like ice pack everywhere, have been melting at an unprecedented rate, a 2018 study led by the University of Lausanne demonstrated that only 4% of Switzerland’s hydropower output is under threat by glacier retreat. And Linthal, along with the 200 other pumped storage plants throughout the Swiss Alps, are partly to thank for that.

Switzerland has a long history of hydropower generation, thanks in part to the lack of natural oil and coal deposits that caused us to harness water for electricity generation early on. Building the physical mountain infrastructure necessary to run Linthal – a network of tunnels and funiculars burrowing through the rock – comes naturally for a people whose favourite cheese is full of holes.

And though it seems perfectly natural to us, at Prodir we can say with pride that we’re certified 100% powered by Swiss hydropower, representing the combination of precision Swiss engineering and careful custodianship of our natural resources.

In Switzerland, the future of power generation is all wet. Which, with pumped storage power stations like Linthal, is exactly how we Swiss want it.