Blu doesn’t want to be in a museum 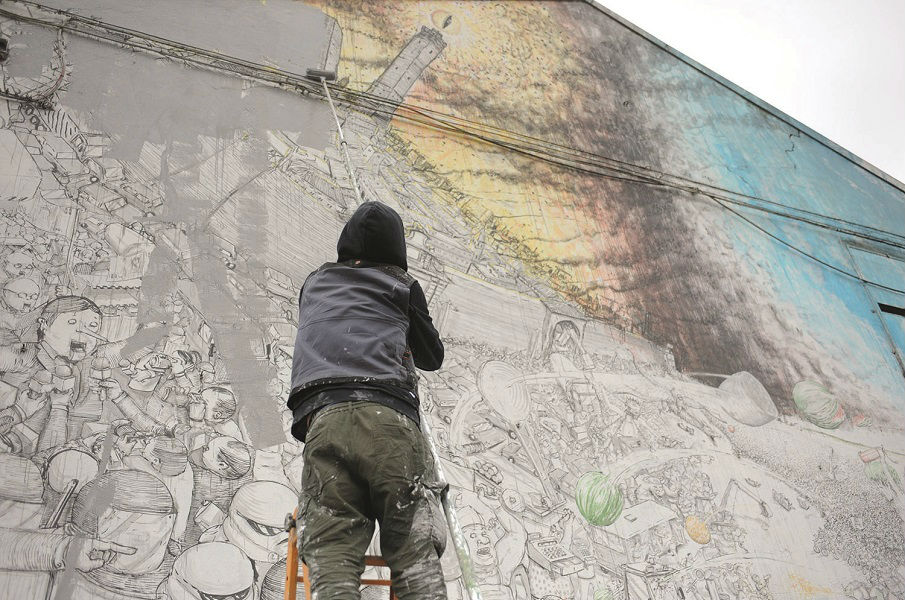 Not much is known about Blu – only that he or she lives in Bologna and is around 35 years old. Translated into English, Blu is, well, blue. And the name says it all.

Blu’s graffiti and murals decorate facades in numerous major cities around the world: from Berlin to Rio, from Mexico City to Los Angeles. Always out in the open, often with a political message and freely accessible to all. Together with Bansky, the artist is recognised as one of the most renowned proponents of street art.

When, last March, exhibition organisers in Bologna removed several of the artist’s original wall paintings from a factory facade in Bologna’s industrial zone, restored them for a show and brought them into a museum, the creator of the works unceremoniously painted over 20 further wall works with grey paint.

Blu is everywhere, belongs to all and simply won’t tolerate being in a museum.

Could you really live without small talk? #PennedI

We’ve said it before, and we’ll say it again:

What do we think of waste? It’s a great place to

The washing machine. A member of our Premec team r

Scheduled to reopen in May, @shardview is the open