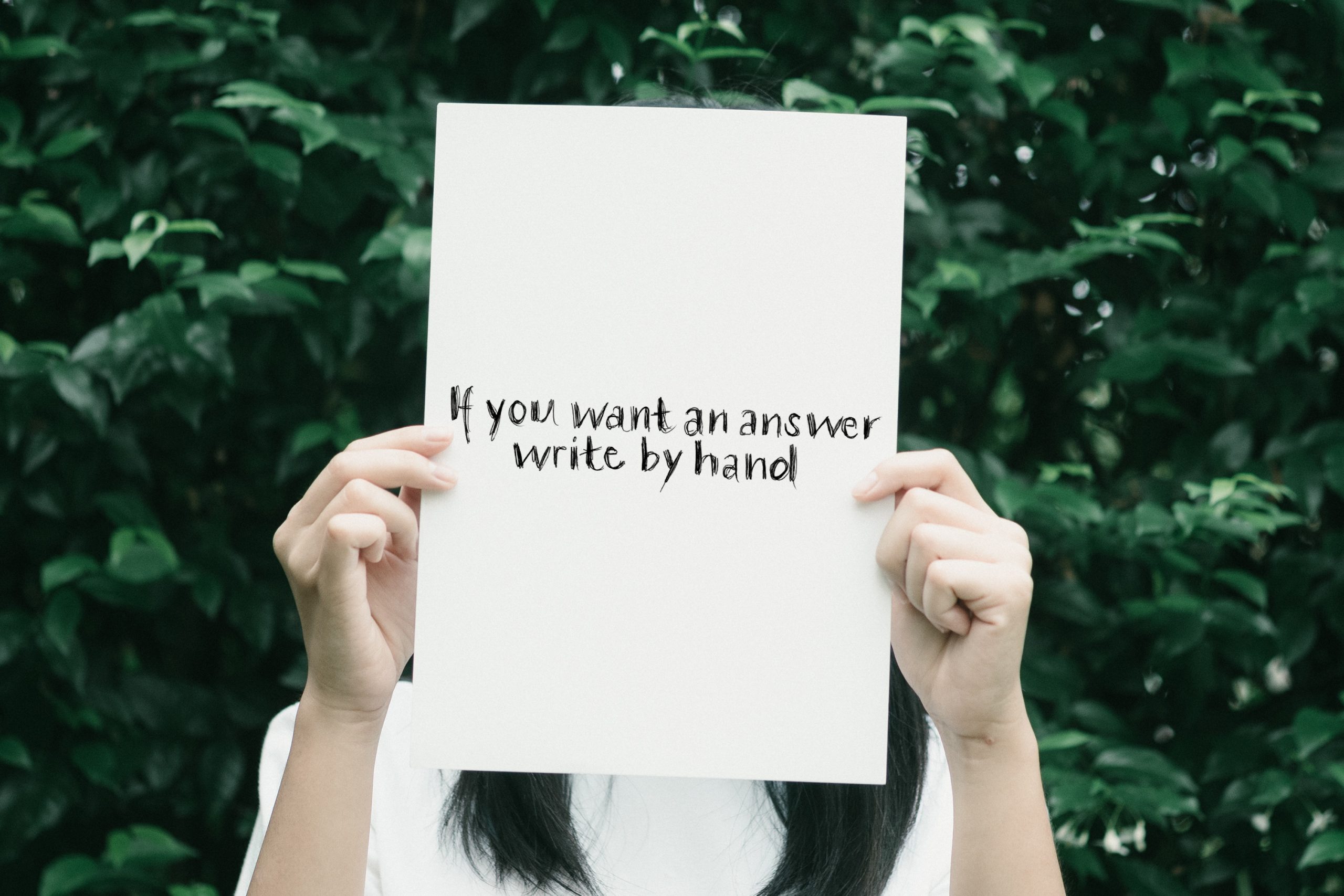 Handwritten messages establish trust. And the desire for authenticity and personal contact seems to be growing with every e-mail we send and receive, and with every SMS and emoticon we type into our phones – and business is no exception to this trend.

Yuppichef is a prime example of how important handwritten messages can be for customer relations. Every package sent out by the South African online shop for household products contains a personalised and handwritten thank you message. From the CFO to the packing staff, all employees write these cards every day. Yuppichef is probably the only company where writing thank you cards is included in the job description, even for managers. By the way, nobody dictates what should be written in these cards. Every employee is free to contribute their own ideas and personal messages are expressly encouraged. Customers that order on a regular basis can even get to know all the staff personally over the course of time. And because so many cards have to be written every day, freelancers like Phil are often called in to help with writing the cards.

Phil is profiled in a video on YouTube. Phil’s main job is as a lighthouse attendant on the South African coast. He writes the cards to “his” customers while enjoying a breath-taking view over the ocean. A card-writing lighthouse attendant is a totally romantic concept in this age of virtual online shops. Yuppichef gives its customers the positive feeling that they are more than simply a number in the company’s CRM; instead, they are treated as actual people who authentically communicate with other real people. This makes all the difference.

An increasing number of companies, from banks to large multinationals, are calling on their employees to grab a pen to write invitations and short messages. Often for completely pragmatic reasons. The sender of an e-mail knows that every message risks being lost in a flood of hun-dreds of other e-mails in an overfilled inbox. Handwritten messages are different: The recipient comes into physical contact with the message, is able to touch it, pin it to the wall, file it or take it with them. Handwritten messages touch us, they remain in the memory for longer than every e-mail, even when they finally end up scrunched up in the wastepaper bin.

In an article published in April by the New York Post, Guy Trebay spoke of handwritten messages making a comeback. This trend has not only come about because people perceive handwritten texts in a different way, but also because they themselves feel differently perceived when they write a message by hand. If you want to truly reach people, handwritten content cannot be substituted with anything else. A prime example: At the Danish mortgage bank BRFkredit, customers in financial difficulties often no longer reacted to normal correspondence. Why? Because they came to ignore the same old letters from the bank. This led BRFkredit to carry out an experiment – it replaced the bank’s standard printed envelopes with envelopes addressed by hand. The result was astonishing: Among 1,300 addressed customers, the response rate rose to 90 percent.

Other attempts have also confirmed this connection. The English financial authorities achieved higher tax income when they wrote to taxpayers regarding their tax return with a handwritten address and the handwritten sentence “This message is important”. In an academic study focusing on the willingness to fill out surveys, the American psychologist Randy Garner came up with similar findings. Whenever surveys were sent with a handwritten and personalised post-it, the response rate not only increased significantly, but the surveys were also sent back more quickly and filled out more completely.

And it is not only professional handwriting services like schreibstatt.de that are building on this renaissance of handwritten content. Service providers like pensaki.com and scribeless.co now offer handwritten texts generated by robots. Postcards and letters are written with a fountain pen or ballpoint according to customer specifications, while an envelope, a stamp and delivery to the postal service are all included in the price. The illusion is quite incredible: If you were unaware, there is no way you would believe that the letter had been produced by a machine guiding a pen. Small inconsistencies and varying line spacing perfectly simulate authentic handwriting. And every letter from the same author is slightly different. The service providers have refined the robots to such an extent that they are able to imitate people’s personal handwriting. If you don’t want to pay extra for this special service, you can simply choose from one of the preset styles. The service even includes the handwriting of several well-known personalities.

Whoever is holding the pen, the same rule applies: handwritten messages simply have more impact.