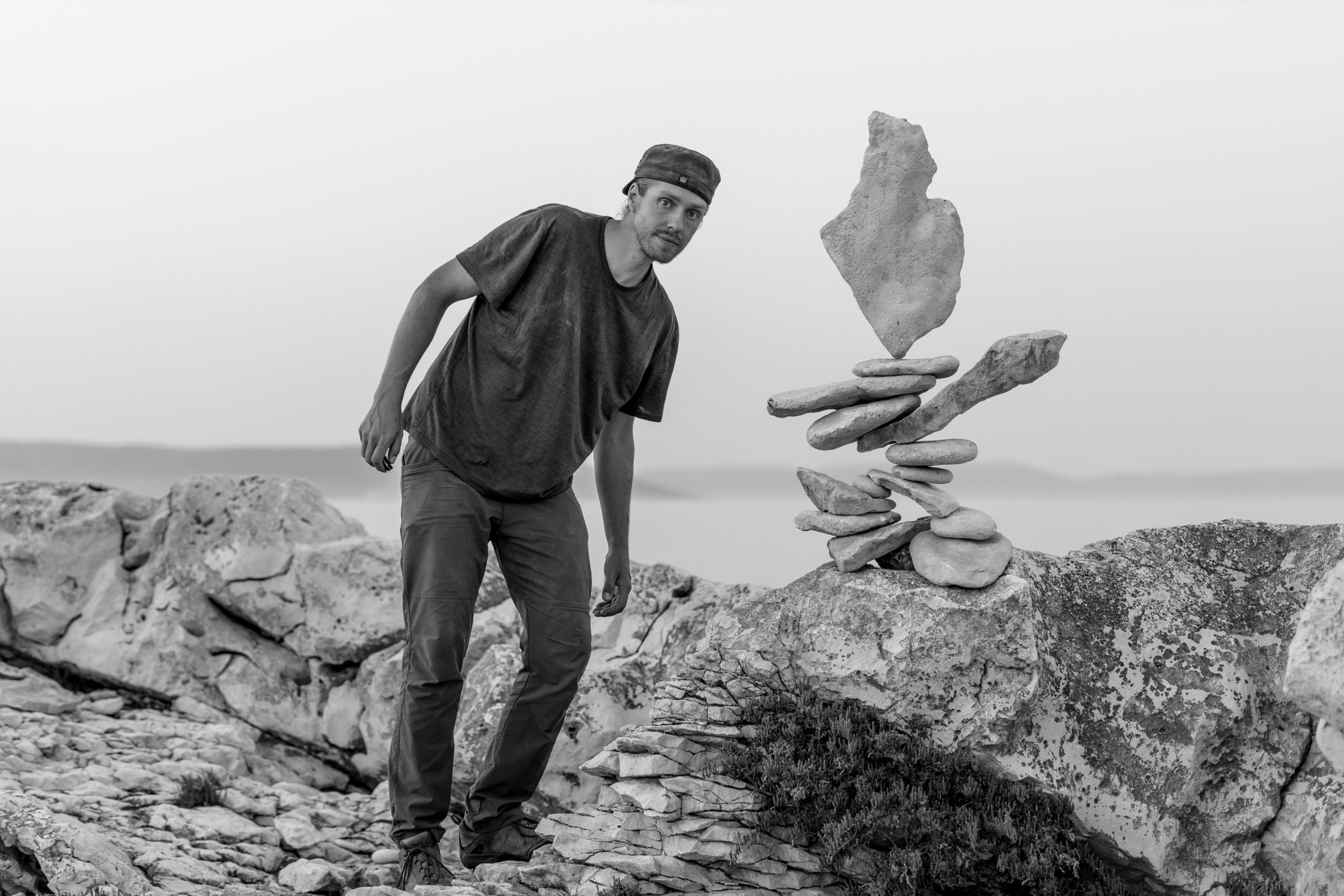 Michael Grab places stones on top of one another: over a period of hours, even days, for the most part unaided, sometimes as a performance in front of an audience.

With infinite patience, he brings them into a stable balance solely by means of gravity: heavy and light, round and craggy, small and large, during snow and rain, anywhere where he finds them, by a river near his home, in the desert, on a beach or in pedestrian areas. For smaller sculptures, he only needs 30 minutes; for larger ones, hours or even days.

“Balancing stones”, says Grab, “is meditation. When I feel the gravity, when I have the feeling, as if each and every part freezes all at once and merges into one big whole, I am completely calm and focussed”. Sometimes, his efforts are in vain, a gust of wind or a second of inattentiveness can bring it all down. But he then simply starts all over again. As a matter of fact, he loves to destroy his sculptures as much as he loves to build them, the artist says. To again bring the works out of balance, so that everything looks as if it had never been there in the first place. To depart from the site without leaving behind any traces is how he prefers it to be. With the exception of the photos, which endure.