One kilometre across the Hudson 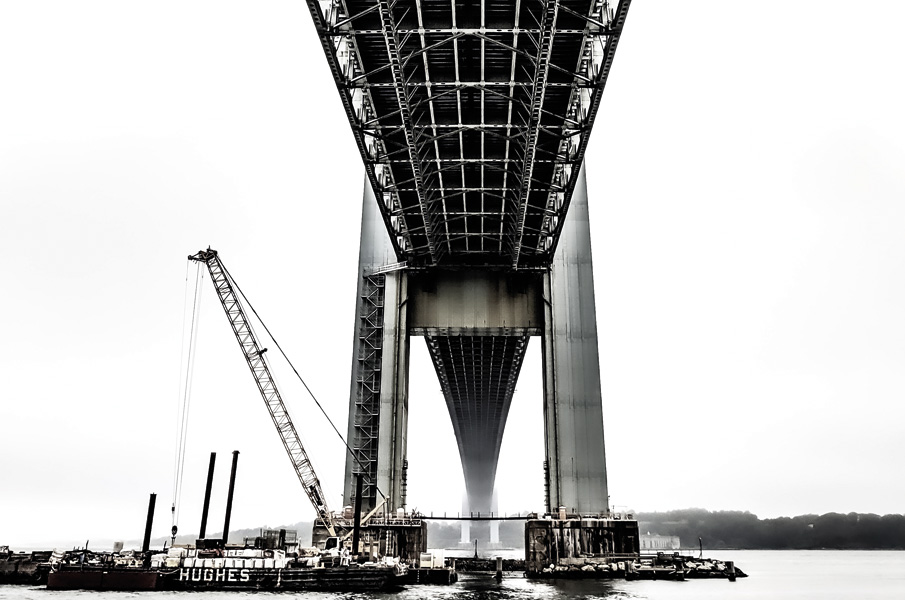 If bridge builder Gustav Lindenthal had had his way, the bridge which now spans New York’s Hudson river would have been a monster. His plan called for a bridge 65m wide, with towers taller than any building of the time and 12 railroad tracks, with 20 more lanes for cars and trolleys. And it would have cost more than $2 billion in today’s dollars.

For decades, America had been seeking to build a bridge across the Hudson River and Lindenthal, a respected builder with numerous projects to his name, feverishly dreamed it would be his commission. But with America in the midst of the Great Depression, it’s hardly surprising that an alternate plan for a more modest, functional and streamlined bridge would be preferred by the planning commission.

The rival plan had been quietly submitted by Othmar Ammann, a Swiss born engineer who in 1904, at the age of 25, had gone to America on the advice of his engineering professor. Armed with a degree from the prestigious ETH Zurich Polytechnic, he quickly found his way to serious bridge contracts and into Lindenthal’s mentorship.

While Lindenthal’s long-gesting plans had taken on grandiose character, Ammann’s ambitious insight was that small modifications to existing materials and techniques could have a big impact. He calculated that 30,000 individual strands of steel bundled together in massive meter-thick cables had the strength to resist without superfluous reinforcement, and that he could stretch his bridge over a kilometre across the Hudson River.

It was then the longest bridge in the world. At 1067m, it nearly doubled the record set by previous world’s longest bridge – built only a few years before. While Lindenthal claimed that his own extravagant plan was built with the future in mind, Ammann proved it, by showing that less is more. The bridge, which was opened on 24 October 1931 by then New York governor Franklin Delano Roosevelt and inaugurated by two primary school students who skated across the bridge on roller skates, had only one deck and four lanes. But it was planned to make more possible, and future decades would see it expanded first to six lanes, and then opening a second deck (that Ammann had planned) with another six lanes. This sustainable bridge was – and, with its additional decks, still is – the most-trafficked vehicle bridge in the world.

And aesthetically, something that Ammann had not planned, but was forced on him by circumstances, opened a new chapter in modern architecture. The Swiss engineer had intended to cover the bridge supports in masonry, like on the famous Brooklyn Bridge. But Amman accepted Great Depression budget constraints, and his “naked” bridge was finished without masonry and opened to the world: under budget (costing less than a third of his mentor Lindenthal’s plan) and six months ahead of schedule. All of his future designs would be naked as well.

No less than that the great Swiss architect Le Corbusier called the George Washington Bridge “the most beautiful bridge in the world”. It’s a bridge “that brings you happiness” and that shows, for the first time, that “steel smiles”.

In his life, Ammann designed and built 6 of the 11 bridges that currently connect New York City to the mainland, but it was the George Washington Bridge that first showed the world that with parsimony, beauty, and technical genius, the Swiss could make their mark on the Big Apple, and the world.