The Stone Age rolls on: our fascination with Cairns 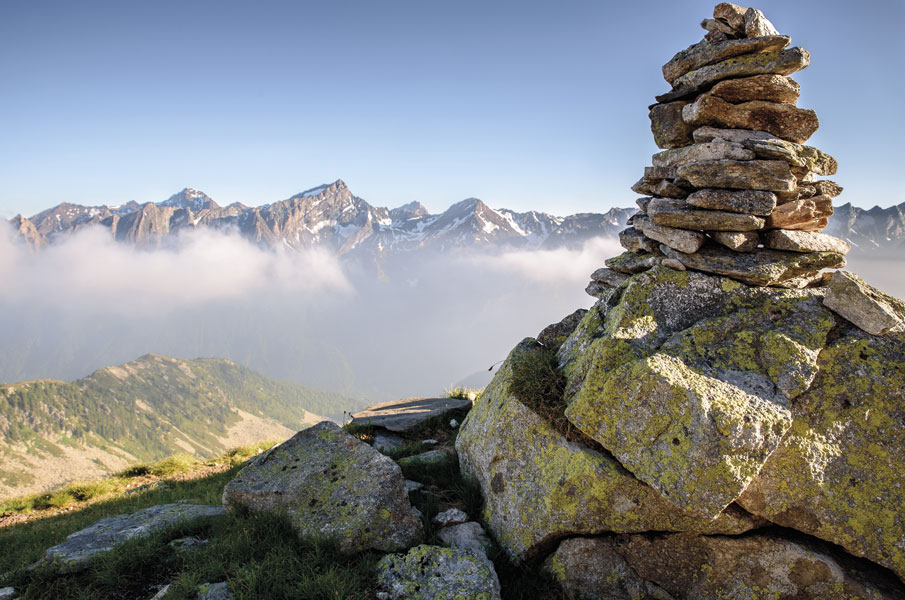 What’s the big deal about stacking up a few stones? If you’ve taken a walk in the hills or mountains recently you may have seen them – stacks of stones, called cairns, that since the aptly named Stone Age people have been building along road and trailsides to guide, warn and remember.

The Celts, from whose language the word cairn comes, constructed stone stacks as waymarkers and burial mounds. Vikings built stone stacks along the coast of Finland in the absence of light houses, and to mark their inland explorations into the interior of Iceland. In the Americas stone piles were used to create lanes for animals before they were driven off a cliff in mass hunts. Many of our ancient stone piles have endured for millenia, and today are protected by national law.

Modern cairns, however, are a different story, and like all modern forms of art and communication they generate controversy. Many claim that the little stone piles could confuse and endanger hikers guided by purpose-built waymarking cairns. They’re said to disturb the landscape, and that removing stones can cause erosion of existing trails. They’re often compared to graffitti, and some critics go so far as to claim that it’s every hiker’s duty to knock them down.

These arguments might be valid from a conservation point of view, but they don’t seem to do justice to why people are building them in the first place. Many critics of cairn building cite Leave No Trace ethical principles, but of course the point of a cairn is exactly the opposite: to leave a trace. To create a human connection to the land, to say people have been here, explored here, seen this. The very human connection is even present in some languages: in Italian, a cairn is an ometto, a little man; in German, Steinmann, a stone man.

Stone is noted for hardness, durability, impassivity, but cairns are about harnessing these very qualities, about shaping stone – that least malleable of forms – to communicate. In English you can say something is as silent as a stone, but these are stones that speak. Long before the invention of writing when we started etching our inventories or epitaphs or commandments, these stones communicate a message.

And while the impulse to build cairns is as old as the hills – or at least human nature – our modern cairns seem to communicate something distinctly modern as well. Travellers try to achieve a delicate balance of one rock atop another with cairns seemingly ready to topple in whatever wind, rain or snow comes next snaking down the valley. It’s a balance of fragility and permanence, as Climate Change threatens, and even the Alps are eroding, and we’re more fully aware of our precarious place on the earth.

We listen to park rangers and conservations and try to restrain ourselves, but the big deal about stone stacking – about communicating through stone – is that it’s our most basic, and human, way to communicate.