Made in Switzerland on the Apollo moon landing 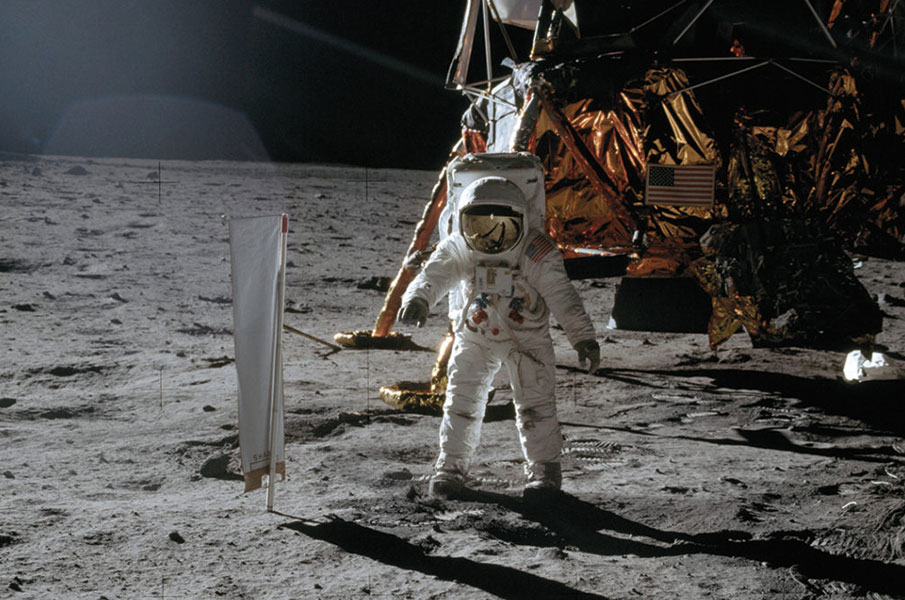 American astronauts, American spacecraft, American moon landing. But as the world celebrates the 50th anniversary of the first Americans on the moon, did you know that the Swiss were there as well?

Well, not Swiss people. But the Apollo 11 mission – and those that came after – wouldn’t have been the same without some cutting edge Helvetian inventions. Do you know which?

We’ll count down 3, 2, 1 and see if you can guess which famous Swiss inventions were with the Apollo team on the moon.

Scritch, scratch, scrotch. This invention is almost as famous for the sound it makes as it is for what it does. The idea came to Swiss electrical engineer George de Mestral after he came back from a hunting trip in the Alps covered in sticky, scratchy burdock burrs. They stuck to everything – his clothes, his dog’s fur, and even his hair. Could de Mestral recreate the natural hook-and-loop technology in the lab and turn it into something useful? Patented in 1955 in Switzerland, what de Mestral created was more than useful – it’s become an essential part of our lives in Switzerland, the world, and even on the moon.

De Mestral’s invention was used in the Apollo 11 mission in both the Command and Lunar Modules to fasten pockets, close sample collection bags, and to secure equipment like checklists, antennas, and even wristwatches.

Tick, tick, tick. This world-famous timekeeper was the only one to survive a series of 10 rigorous tests to become NASA’s top pick for the first moon mission (the competitors didn’t even survive the first test!). Though it wasn’t meant to be the star of the show, but only a backup, Neil Armstrong left his in the lunar module to be safe after a regular Apollo instrument failed. And, fastened by Invention 1 above, it took a walk with Buzz Aldrin onto the lunar landscape. It proved so dependable, in fact, that this device was used by the American space agency both before the moon landing, in the Gemini Missions, and through the Apollo series, the Space Shuttle, and beyond.

You may have guessed the invention, but what was the famous Swiss brand that earned NASA’s stamp of approval?

We’ve saved the toughest invention for the last – because it’s a lot more technical, and a lot nerdier, than the others. But like the second one, it relies on very precise and technical applications of metals to measure something that would have been unimaginable before our modern age. Invented by Johannes Geiss, a professor of Experimental Physics at the University of Bern, this measuring device was planted on the lunar surface even before the American flag and after 77 minutes on the moon was put in a Teflon bag and returned all the way to Earth, and Switzerland.

Subsequent Apollo missions reused the technology for increasingly long periods, maxing out at 45 hours for the Apollo 16. The question is: what was the invention, and what did it measure?

See the answers below. And always remember that for a people sometimes chided for being insular and inward-looking, we Swiss sure know how to make our inventions travel.

3: A composite of the French words velours and crochet, VELCRO® Brand was first registered as a trademark in 1956, and since then their hook and loop fasteners have been used in myriad applications worldwide – maybe even your shoes!

2: Swiss watchmaking has a storied history, but it was the Omega Speedmaster, strapped on with a VELCRO® Brand fastener, that lived the story to top them all.

1: The Solar Wind Collector was a sheet of ultra-pure aluminium foil used to measure and sample solar wind outside Earth’s magnetosphere.