Milk cans for the global village 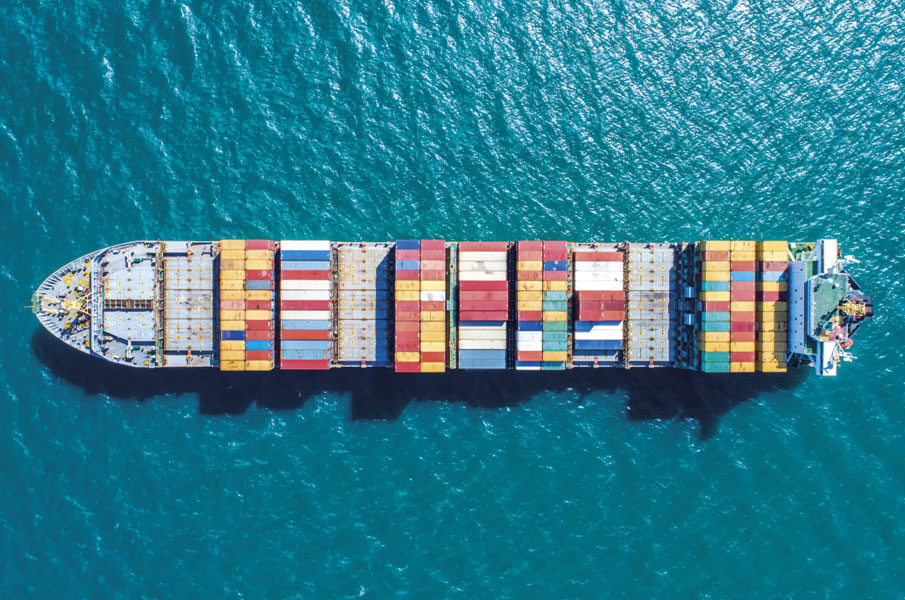 It was the humble milk can that helped me understand the principle of globalization at an early age, at least unwittingly. As the milk – so important for my growth – was produced a couple of kilometers from our house, I had to cycle to a farm every evening with milk can fetch some still-warm milk in time for dinner.

This was a rather irksome task that eventually made me insist, at age eight, that our front garden should be transformed into a pasture for a dairy cow. A pleasant model – though barely economically viable, as my father explained.

Even back then, in the mid-1960s, the spatial distances between producers and consumers were growing increasingly large and all signs pointed to a world that would soon be converging into one big global village. A village a little like the one of my childhood, but with “farmers” who spoke different languages and lived on different continents, and the logistics of which required a solution just as efficient and equally economical as me and my humble milk can.

And sure enough, at around the same time as I was supplying my family with milk, a new cargo transport solution started popping up in European ports for the first time – a solution that would prove to be a true wonder in its own right: the shipping container. The inspired invention of an American at a time when America was still America, the shipping container was to global free trade what shovels were to the gold miners in the wild Klondike. It was the true driver of globalization and would prove to have a greater impact than all free trade agreements combined.

The shipping container is a box which can be efficiently and very economically filled with everything imaginable – an ingenious, globally-networked tool that radically simplifies handling processes. Shipping containers are what keeps the price of products and goods down within the global economy. Without them, our city centers, clothes closets, living rooms, supermarkets eating habits would look quite different.

One shipping container can hold around 34,000 T-shirts made in Bangladesh. With a standard major customer discount, the container can then be shipped to Europe for as little as 2’100 euros. When the shipment arrives in Hamburg after three weeks at sea, the cost per T-shirt will only have increased by six cents due to shipping. offers a similar story: 1,250 boxes of good Chilean red, each containing 12 bottles, can be transported from South America to Switzerland for only around 2’500 dollars or 16 cents per bottle. And as Vienna-based journalist Paul Trummer discovered in his research, even frozen salami pizzas from discounter supermarkets are a globally- sourced “just-in-time” product: the wheat for the base comes from Uganda, the tomatoes and olives from Italy, the oregano from Mexico, the garlic from China, and the milk and cheese from Germany. And as is hardly a cost factor nowadays, Scottish fish is transported to Vietnam for fileting before the filets are shipped back to the UK for consumption.

Thanks to the shipping container, transport costs have been pushed down from over 10% to frequently less than 1% of a product’s value. As a result, in 2018, an estimated 160 million shipping containers are ceaselessly the highways of the world’s oceans on some 10,000 cargo ships in orchestration. Ships like the OOCL Hong Kong, over 400 meters in length and 60 meters wide, can transport over 21,000 TEU standard shipping containers at a time.

And although shipping containers appear to be as ingenious as the milk can for our global village, my bicycle and I still have a crucial advantage. Granted, we got stuck in the snow occasionally, but ours was a largely environmentally- friendly logistics chain, with the exception of the oil for my chain perhaps. Unbeknown to us at the time, we helped ensure that the grass the dairy cows were eating was barely impacted by harmful missions. Unfortunately, the same cannot be said for container ships: the world’s 20 largest cargo vessels alone emit more dioxide than 1 billion cars.

As a result, the theory behind my innocent suggestion of turning the front garden into a pasture has once again found favor with many. But this idea is equally as unviable on a global level as it was in our garden. Perhaps the more promising idea would be to find a way of making container ships operate as cleanly as my bicycle. But until this becomes a reality, we are only left with smaller, more practical solutions, such as opting for North Sea shrimps that have not circled the globe before hitting the shelves. Which is why the metal milk can of my youth is now enjoying a renaissance of its own. In many major supermarkets, regional milk can now once again be filled directly into one’s own containers. And outside, by the entrance, the bicycle waits patiently.