All blue tits are connected – at least somehow 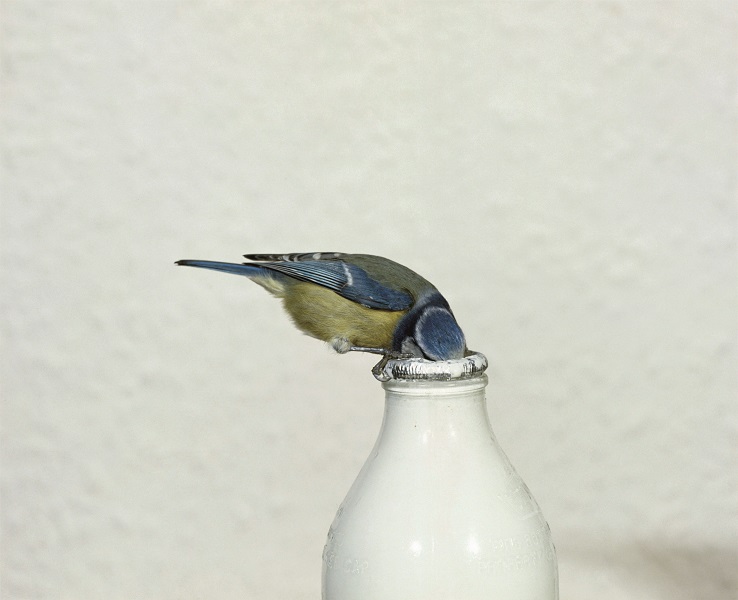 A couple of apes are sitting on a lonely hilltop somewhere, let’s say Africa, and together they learn a new skill. Before long, this new ability will have spread in waves across the entire planet.

The acquired knowledge then pervades the entire species, becoming part of the collective memory of all apes in the process. British biologist Rupert Sheldrake is convinced that all animals of the same species worldwide can draw on a vast library of once acquired practical knowledge. What a wonderful thought.

Rupert Sheldrake has attempted to prove his theory in various experiments. In Japan, a group of apes learned to break open a fruit using a stone. At almost the same time, other groups in Congo and New Guinea began exhibiting the same behavior. In England, blue tits learned to diversify their diets by pecking open the aluminum lid on milk bottles left on doorsteps by the milkman. Within a short space of time, blue tits throughout England, up into Scotland and even as far afield as Sweden and the Netherlands were opening milk bottles using the same technique. Blue tits have a flight radius of 15 miles. None of them could have flown to Sweden and taught their Nordic cousins the new trick there. By the same token, none of the Scottish blue tits could have travelled to southern England and learned the skill first hand.

Another example: A dog owner leaves his office at 5 p.m. every day, gets into his car and drives home. At the precise moment he hops into his vehicle, his dog – a loving companion for 9 years – heads straight to the gate at the bottom of the garden and waits impatiently with tail wagging. One day, the dog owner isn’t feeling well, and leaves work early at 2 p.m. His dog then unexpectedly gets up in the kitchen and scurries down to the gate in the garden. The man’s wife laughs and calls out “Your body clock’s not ticking right today.” A short time later, the man’s car pulls up in the garage. So how did the dog know? What connects blue tits to other blue tits and apes to other apes is the fact that they belong to the same species and can draw on the same collective memory of nature. In contrast, the human owner shares a close emotional bond with his dog. The dog knows when its owner is coming. This isn’t due to once acquired knowledge, but the entwinement of feelings and contact – something the British biologist Rupert Sheldrake calls morphic fields, or the memory of nature.

According to this, every tool acquired somehow quickly becomes something everyone can draw on: newly-learned knowledge and intensive feelings are transferred into the consciousness of all animals of a specific species, whether blue tits or apes, and can even cross between species as with the human and the dog. How else to explain that weird moment, as it so often happens, when I think intensively of an old friend whom I haven’t seen in a long while and decide to write him a letter, only for the phone to ring, and it’s him! … or my wife.