A Jack knife of all trades 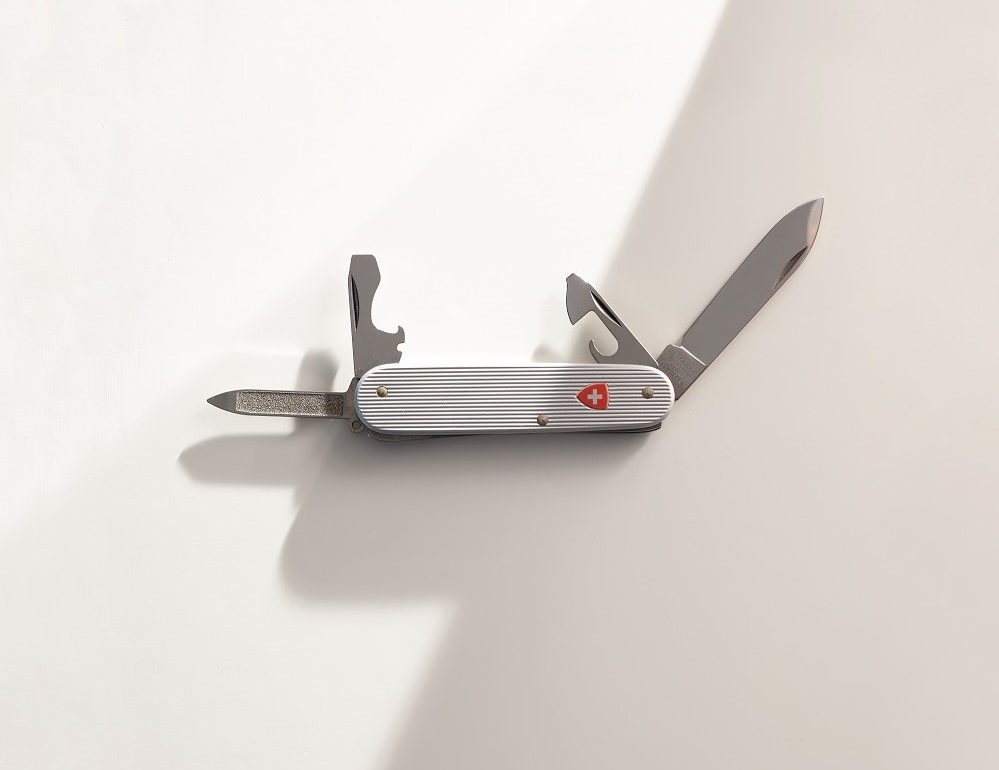 The pocket knife has always been very versatile. Although originally only intended to replace the dagger, people quickly noticed that it could be used to cut wood, castrate boars, pluck chickens and sew sacks of potatoes.

In Italy it was hung over the marital bed as the “coltello d’amore”, so the groom was under no illusions what to expect if he didn’t take monogamy as seriously as expected.

But it was a Swiss metalsmith from Schwyz who truly perfected the tool’s versatility when Karl Elsener created the most iconic of all multifunctional tools in 1884. His Sackmesser, as the Swiss called it, made as it was for the trouser pocket (or Hosensack), was intended to help soldiers disassemble their guns, eat their food and work with leather: It was designed as a jack (knife) of all trades consisting of a blade, can opener, flat-head screwdriver and an awl. A truly revolutionary and space-saving invention.A somewhat more elegant variety with a cork-screw and characteristic Swiss cross was later patented as the Offiziersmesser, a tool commonly known in the English-speaking world as the “Swiss army knife”.

But that was only the beginning. Nowadays, Elsener’s Victorinox produces yearly six million of these all-in-one tools in 100 different versions – complete with scissors,pliers, metal files, magnifying glasses, screwdrivers, nail files, tooth picks and tweezers. There are even cyber-tools for repairing computers, aids for avid golfers and children’s knives with blunt ends. The Wenger Giant Knife 2007 boasts a whopping 81 tools for 141 different functions –there’s virtually nothing it cannot be used for. Swiss army knives are found in all manner of pockets. They are must-have essentials for polar expeditions, space shuttle crews, amateur sailors, professional anglers and weekend campers. They are outdoor tools and cult urban objects, the pride of DIY fans and scouts everywhere, faithful travel companions and a must in every Swiss household – though rarely hung over the bed.