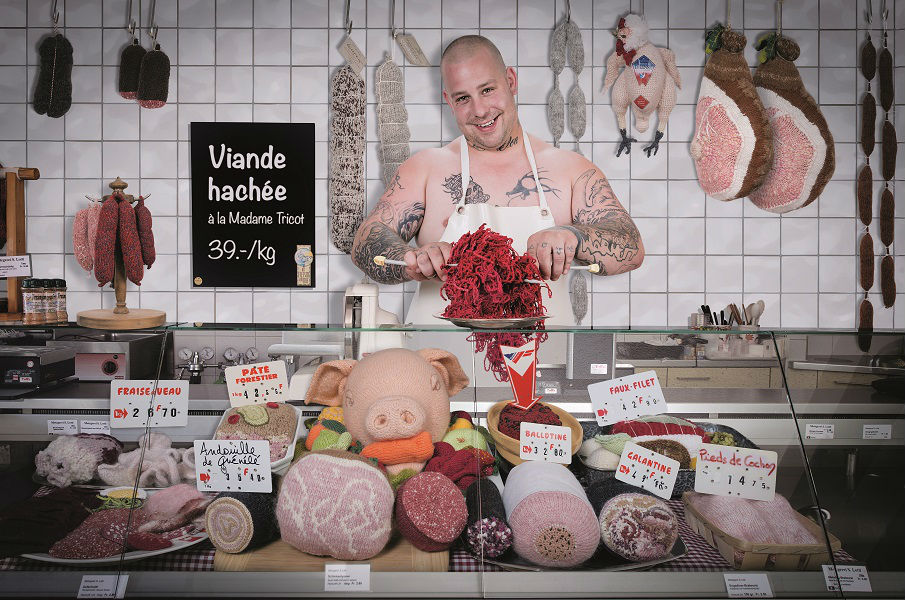 For 40 years, Madame Tricot was better known as Dr Dominique Kähler-Schweizer, working as a doctor and naturopath near St. Gallen in Switzerland.

She specialised in leech therapy and even successfully treated headaches or lumbago with the small invertebrates. And then at some point she took up knitting.

It all started when she was watching TV chefs prepare fish on a cooking show. “Come on,” she thought to herself, “I’m going to sit down and knit a perfect fish.” But Madame Tricot is quickly bored by the nice and the prissy. The line between life and death is of much more interest. “The macabre,” she says, “is much more agreeable when expressed through wool.”

In addition to perishable foods, the 68-year-old also knits mouldy leftovers: “I can’t depict real life. Nobody could knit a soul. But the transition from life into death fascinates me; after all, we edge one step closer to death with every passing day, and we have to prepare for it.” 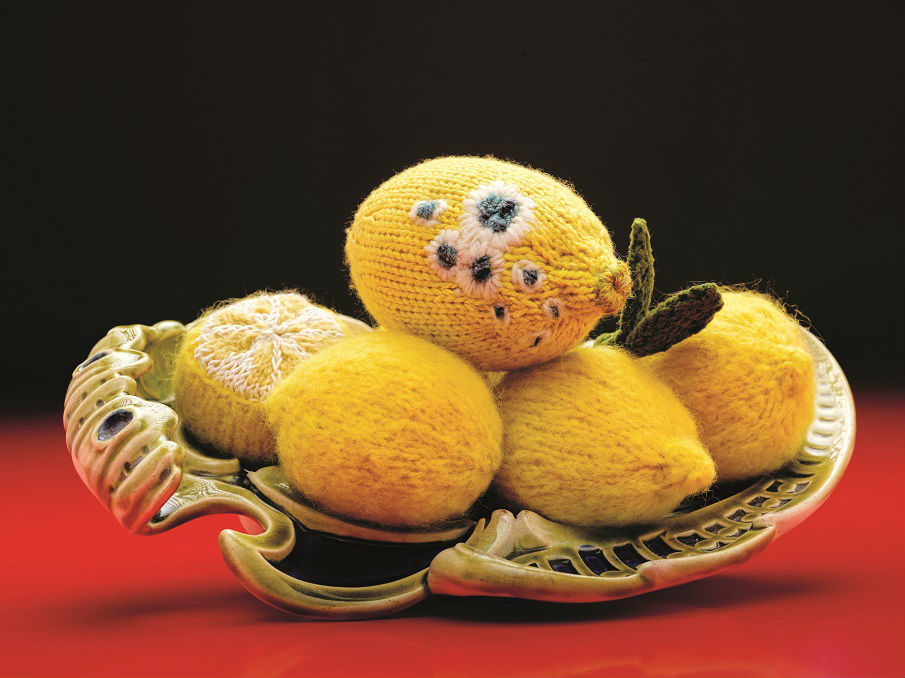