I like selfies. And there’s nothing wrong with that 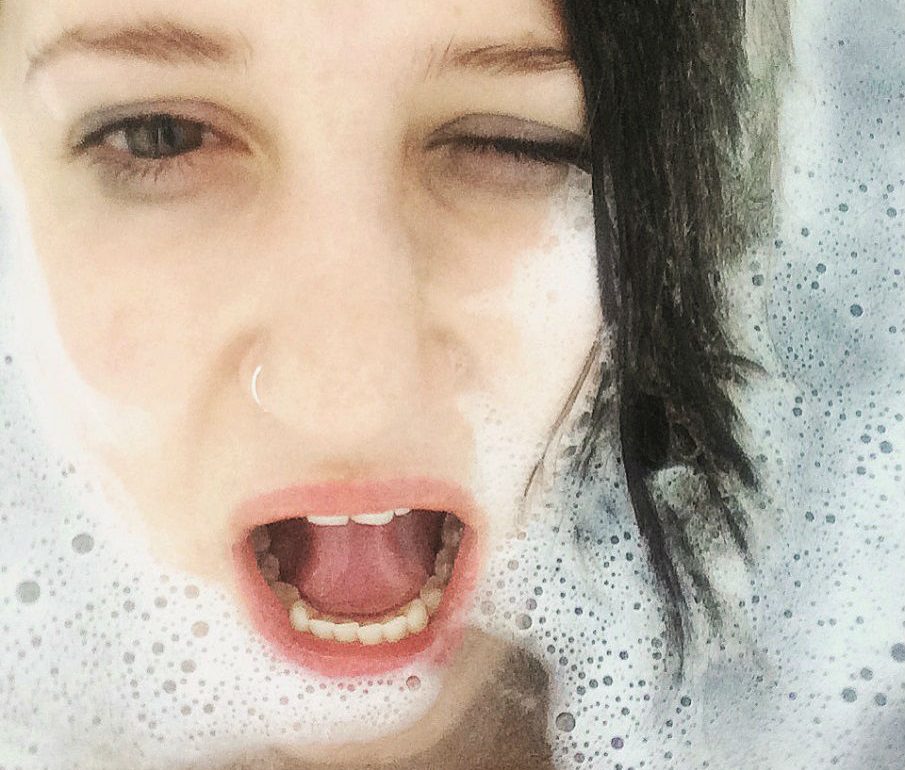 Young women do it, Kim Kardashian is the queen of it, the Pope and Obama are experts, and even an ape has been seen doing it – stretching out an arm and smiling into a phone.

Nowadays selfies are like an armada of tiny messages in a bottle cast out into the vast virtual ocean, each one calling out: Hello! Look where I am! For real! Isn’t it great?!

If you out yourself as a selfist, you’re considered to have a serious problem. People who take selfies might as well say they’re enjoying all the hot weather brought about by climate change. Reactions range from sympathy to mere incomprehension. At least that’s how the New York Post sees selfies – harbingers heralding the downfall of western civilisation. Equally, many psychologists fear the emergence of a generation of self-involved egocentrics with obsessive body ideals and indulgent consumerist tendencies.

A formula has even been devised which neatly encapsulates the phenomenon: N=S/h, Narcissism = Selfies/hour. With Australian marketing expert Karen Nelson-Field attempting to describe selfies as self-branding, with which young people strategically position themselves within the competition of the free market, we inevitably grow ever closer to confirming the suspicion that we’re all merely tiny cogs in a huge commercial machine, even if we naively believe we’re doing little more than quickly posting a snapshot.

But is this really about photos? Or narcissism? Not really. Selfies are part of this new world of relentless entertainment, in which images, words, anecdotes, jokes and thoughts are fed into an open discussion, incessantly and gladly shared with everyone and anyone. Selfies are just like conversations in a way – fascinating or boring, deep or banal, profound or embarrassing. Topics and locations range from locker room talk to family discussions around the dinner table, from therapy sessions to latenight ramblings in the pub, from sweet nothings with your partner to phone calls with grandma. They can be dedicated to anything deemed important in that moment, no matter whether it’s the washing up, the Eiffel Tower in the background, an Academy Awards Ceremony or Nelson Mandela’s funeral. They can be art or they can be kitsch, just like in real life.

And photos? They used to be something rare and valuable, something carefully stowed away in the leather-bound family album. Today they are as fast and short-lived as the text messages sent from the same device that takes all the selfies. They don’t preserve anything anymore; they are just moments washed away in the torrents of time. They no longer reference a long-lost past, but are radically rooted in the here and now. They are, according to actor James Franco, more a new “form of communication than a sign of vanity.”

Selfies perhaps serve a purpose as a means of communication – a function that may not be all that new. Kyle Chayka, Curator at the National Selfie Portrait Gallery, explains: “They are created for the same reason Rembrandt painted self-portraits: We want to put our best foot forward.”

Chayka’s theory that we are all budding Rembrandts rejects the talk of civilizational decline and instead celebrates the new-found freedom selfies give us. So anyone who poses for a selfie can proudly invoke Albrecht Dürer, the great painter of the German Renaissance, who painted a famous self-portrait in 1500 which made him look suspiciously like Jesus. He did so quite consciously and that was his revolution – placing himself as a man and painter at the centre of an aesthetic image. The selfie does nothing different – it just does so quickly, democratically and en masse. It’s like the Ikea of the self-portrait world.

One last thing: Despite all the media hype, selfies really aren’t as common on social networks as you would think.
The New York-based digital humanities researcher Lev Manovich found that only four percent of all Instagram photos are selfies. Just four percent.
Dear selfists, let’s see some hustle!