69th Locarno Film Festival. The Leopard is back 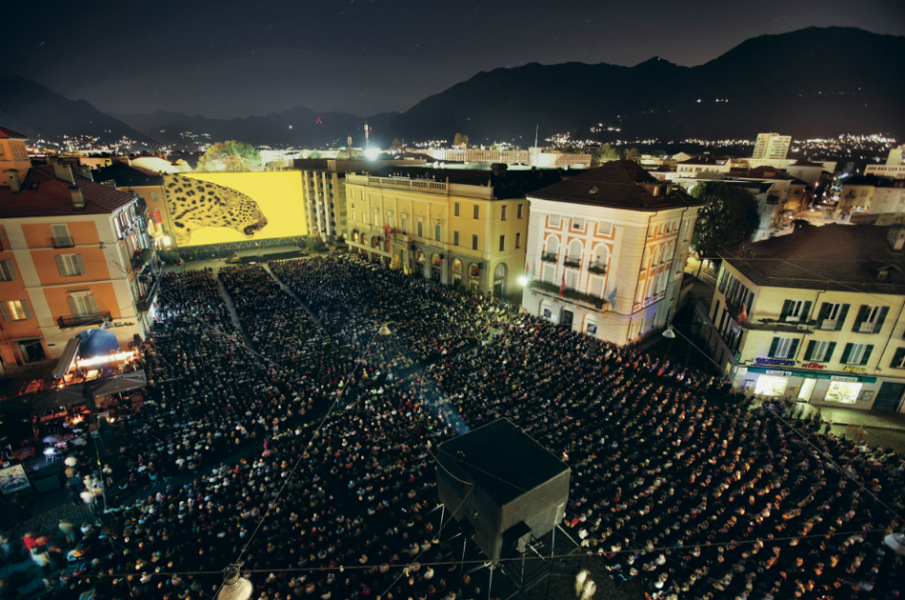 The Locarno Film Festival, scheduled for 3-13 August, will be starting soon. As has now become a tradition, the tranquil Swiss city will be transformed into the world capital of auteur cinema.

Being held for the sixty-ninth time, the event is dedicated to two great, recently departed film makers – Michael Cimino from the USA and Abbas Kiarostami from Iran. The organisers wish to reinforce the original spirit of the festival by providing space to emerging international artists and to avant-garde works of art.

The International Competition, which is the principal section of the festival for feature films competing for the Golden Leopard, hosts films that stem from the four corners of the earth. Of those arousing most interest are “O ornitólogo” by João Pedro Rodrigues, “Scarred Hearts” by Radu Jude, “Godless” by Ralitza Petrov and “Wet Woman in the Wind” by Akihiko Shiota.

The programme for Piazza Grande, in which directors present their films in the magic surroundings of Locarno’s central square, features films inspired by current affairs or historical events that look at the dark and violent side of contemporary civilization. The opening night will see the screening of Colm McCarthy’s “The Girl With All the Gifts”, an eagerly awaited thriller/horror film starring Gemma Arterton and Glenn Close. In this unique setting, cinema enthusiasts will also see “Jason Bourne”, the latest chapter in the franchise with Matt Damon, directed by Paul Greengrass, “I, Daniel Blake” by Ken Loach, winner of the Golden Palm at this year’s Cannes Festival, “The Tunnel” by Kim Seong-hun, and “Mohenjo daro” by Ashutosh Gowariker, which will close the festival.

In the “Cineasti del presente” section, there are great expectations for the much-heralded latest work of director Douglas Gordon, “I Had Nowhere to Go”, with Jonas Mekas in the leading role, while “Beduino”, a feature film by the famous Brasilian director Júlio Bressane, will feature in the “Signs of Life” segment.

There is also a positive showing for Swiss cinema, with a film by Frédéric Mermoud being projected in Piazza Grande, while there are two home-grown films in the “Competition” segment (the return of Milagros Mumenthaler, winner of the Golden Leopard, and a first work by the talented Michael Koch), plus a feature film in the “Cineasti del presente” segment dedicated to young directors.

The complete programme may be found here: www.pardolive.ch

The Locarno Film Festival is commonly considered the most important film event hosted in Switzerland. One of its most endearing features is the projection location. From 1971, the films competing for the Golden Leopard are projected in the open, in the unique and fascinating surroundings of Piazza Grande.

However, the story of this truly Swiss festival began much earlier, on 23 August 1946 when the Locarno festival was inaugurated with “O sole mio” by Giacomo Gentilomo on the slopes of the park in front of the Grand Hotel.

Since then, the great directors of Italian neorealism and the pioneers of the nouvelle vague have been honoured here, films and authors from Eastern Europe unveiled during the Cold War, while it was here that the directors of the newly emerging Asian cinema first became known to Western audiences.

Many now famous directors have been introduced to the general public during the Swiss festival, notably Milos Forman, Marco Bellocchio, Glauber Rocha, Spike Lee, Raúl Ruiz, Mike Leigh and many others.

Today, the Locarno Film Festival is included in the Top Events of Switzerland range, eight unique events in the sectors of art, music and sports.

P.S.: We are honored that we have supplied the official pen for the 69th Locarno Film Festival: the black DS9.