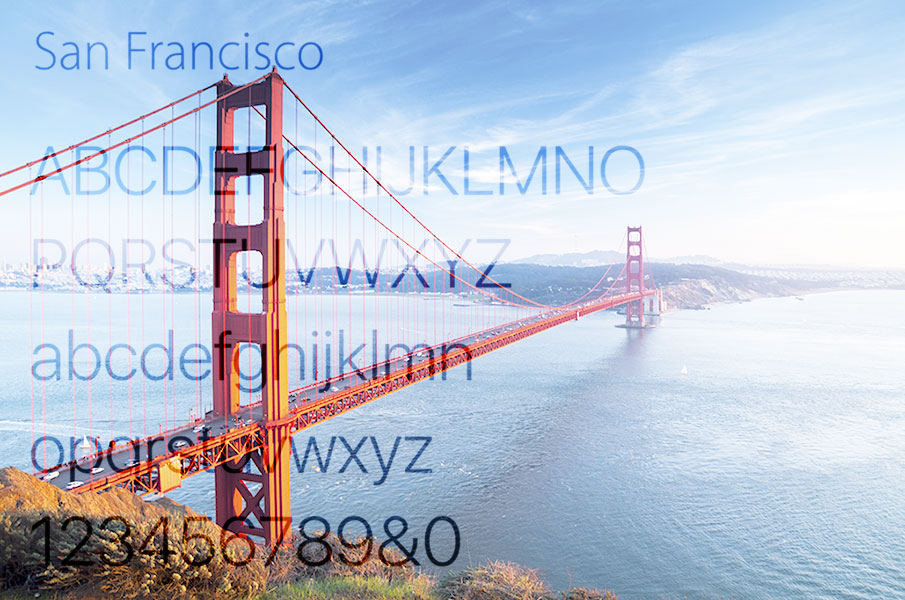 It’s a subtle but significant change for Apple’s corporate identity. With the release of the new operating system iOS9, which occurred a few days back, the American company abandons the classic Helvetica Neue to switch to a new font called San Francisco and created specifically to become the new typeface for Apple’s devices.

But we do wonder why the brand from Cupertino decided to abandon the famous Swiss font really loved by designers from all over the world and employed since the launch of the first iPhone in 2007? The reason lies in the search for maximum readability on small screens. In actual fact the first device to adopt the new font was the Apple Watch.

On one hand the choice raised several controversies amongst the brand’s fans fond of the rigorous style and familiarity of the Swiss typeface. On the other hand it is common knowledge amongst designers that Helvetica is not so appropriate for small texts and in this way Apple’s decision favored functionality in an innovative way. The brand from Cupertino not only designed a new font but also created a dynamic system of typefaces that change their appearance depending on the size of the screen on which they appear.

The font family “SF” is used for iPhone, iPad and Macintosh whereas “SF Compact” for Apple Watch. The two family fonts are divided into two sub families so called “Text” and “Display”: the first are for smaller texts whereas the other for bigger ones. These are known as “Optical Sizes”. 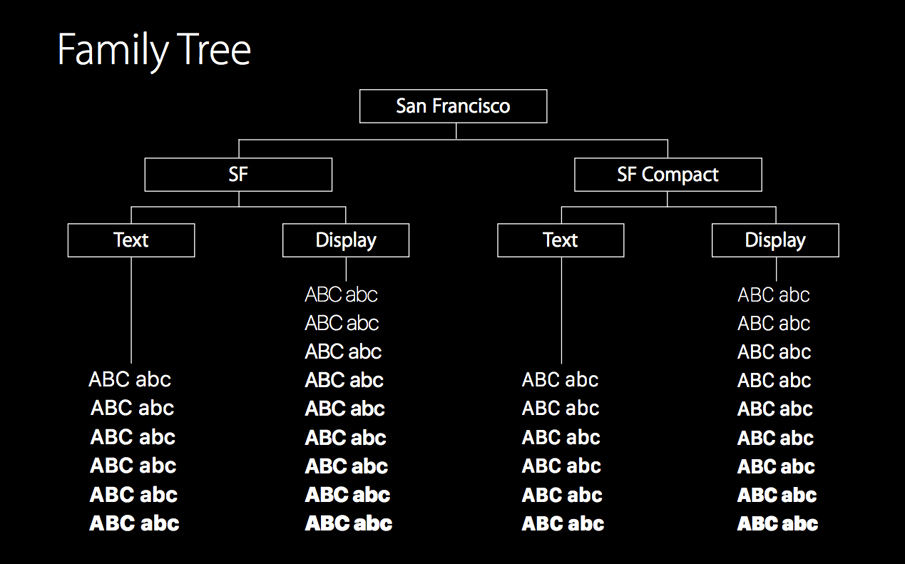 Helvetica, which Apple has now replaced with San Francisco, was born in Switzerland in 1957 by the world-renowned designer Max Miedinger and commissioned by the entrepreneur Eduard Hoffmann, director of a foundry in Münchenstein. Hoffman decided to create a new sans serif font in order to save his company from bankruptcy that sooner or later would have been caused by the global success of the Akzidenz Grotesk font belonging to their competitor printing company H. Berthold AG.

Over the years Helvetica has earned great success in the communication field due to its neutral, sober and rigorous form. Nowadays this famous typeface is used by many multinational companies for their brands and business communication (we know that very well too!). San Francisco on the other side is contemporary, dynamic, specifically designed for digital use and we trust that it will be another great success!